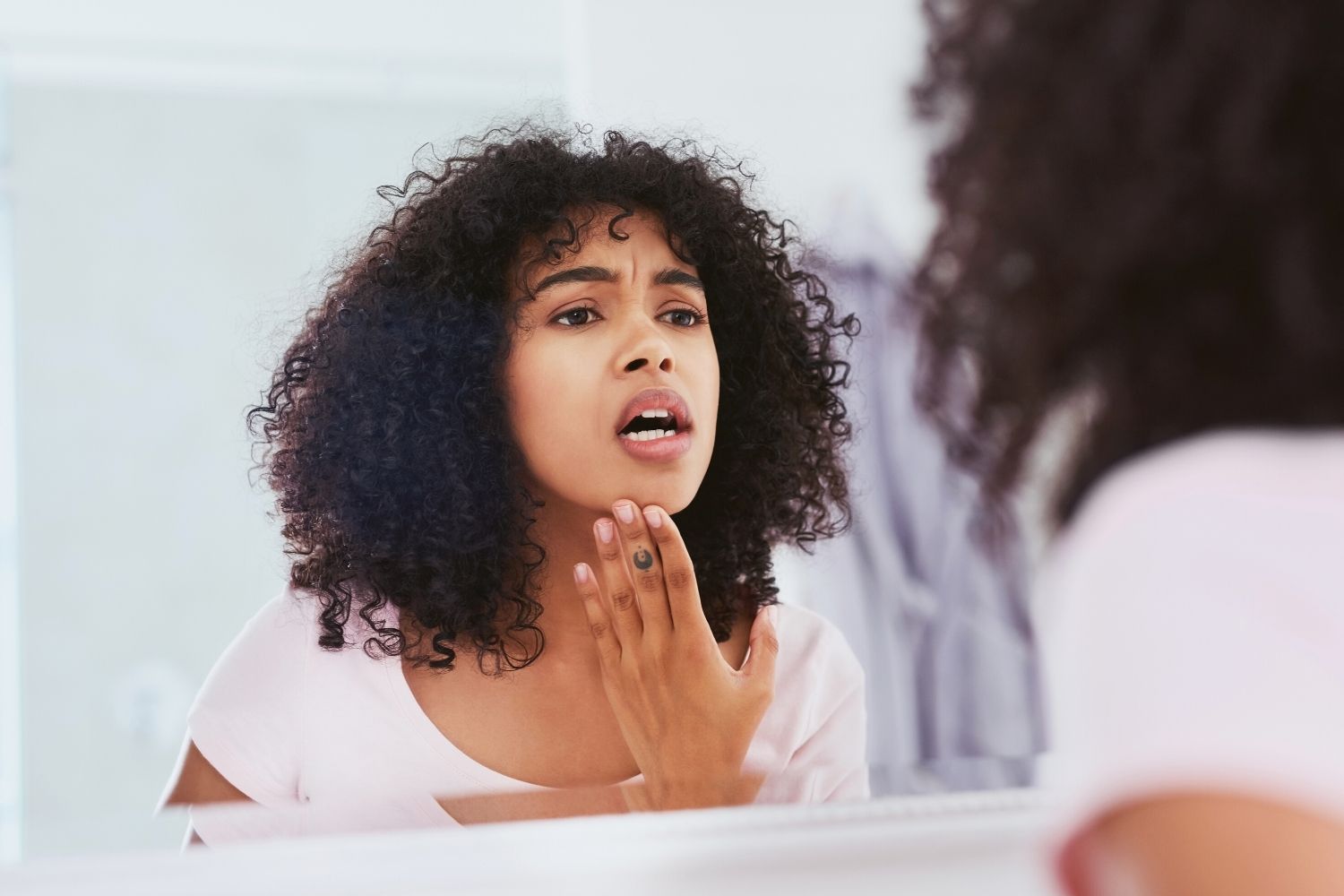 by Christina Hristoforidis
on March 18, 2021

Skin purging is a somewhat foreign concept to a lot of individuals, including myself. Before understanding what skin purging actually meant, I was quick to put the blame on breakout-prone skin. However, my recently clear skin proves otherwise. If you don’t understand what skin purging is then you could be putting an end to the use of actually beneficial skin care products in the idea that they are “breaking you out.”

What is skin purging? Skin purging essentially refers to your skin’s reaction to an active ingredient, particularly a chemical exfoliant, that is triggering cell turnover. It is often caused by introducing a new product to your skin care routine that is meant to exfoliate your dead skin and clarify your pores like hydroxy acids. When you don’t keep up with regular exfoliation, congestion often occurs in your pores and under the surface layer of your skin. Incorporating a chemical exfoliant causes this congestion to arise to the surface, hence resulting in minor acne symptoms. This is known as purging.

Is your skin purging or breaking out? There are several ways to distinguish whether your skin is truly undergoing a purge that will eventually lead to clear skin or a triggered breakout cycle.

When your skin is purging, the blemishes that appear often last less than a regular breakout would. Because chemical exfoliates are increasing your cell turnover, this will cause the acne to heal faster. So, blemishes triggered by new products often only last for a maximum of 5 weeks depending on how soon your skin gets used to the new ingredient. If you are noticing that your skin is continuously breaking out, then it could mean that the product is actually irritating your skin to the point of extended breakouts.

Another way to determine if your skin is just purging is if your breakouts are on spots of your face that normally experience acne. This means that if you are used to getting blemishes on your forehead and cheeks, then seeing more in these areas could mean your skin is purging by bringing these hidden blemishes to the surface. A sign that you are experiencing a breakout and not skin purging is when you are seeing acne symptoms in new areas.

The main cause of skin purging is due to your skin’s lack of proper exfoliation. This means that products with exfoliating ingredients like alpha and beta hydroxy acids, salicylic acid, retinoids and benzoyl peroxide can often directly lead to skin purging.

What do you do if you are experiencing skin purging?

Although the phrase “skin purging” can seem harsh and gruesome, it is actually a good sign. If your skin is purging due to the introduction of a new product then it means your skincare is doing all the right things and removing impurities from clogged pores & surface layers of your skin. Sadly, there is nothing that can really treat a skin purge because it is triggered by a product but the best advice is just to be patient. The blemishes will stop appearing and in my case, you will eventually reveal clear and healthy skin! If you are interested in properly exfoliating your skin with AHAs and BHAs, FYAB Health’s Blemish Control Serum and Renewal Serum incorporates chemical exfoliants like glycolic acid and mandelic acid to increase cell turnover and remove dead skin, dirt & oil from your pores.